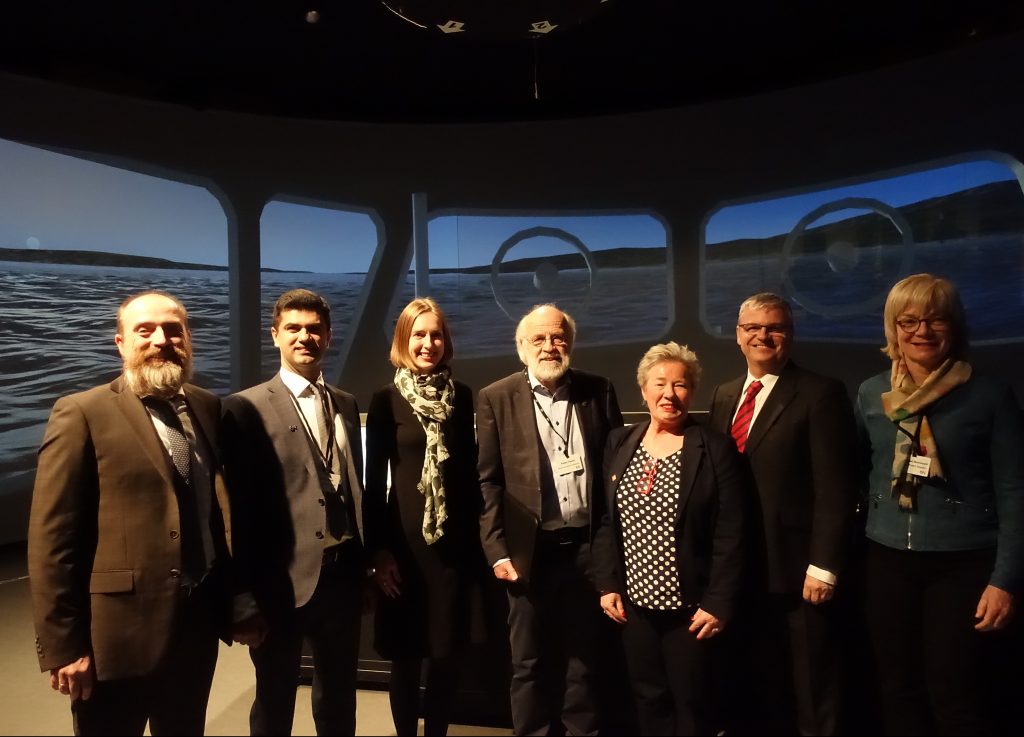 On 12th of December 2019, Minister of Education and Research Iselin Nybø and DIKU’s Director General Harald Nybølet visited the USN at campus Vestfold. On this day, USN is granted status as one of 12 Norwegian Centres for Excellence in Education (SFU).

Centre for Excellence in Maritime Simulator Training and Assessment (COAST) will focus on providing world-class, student-centred and innovative teaching methods for maritime students, as well as on communicating the knowledge to the wider scientific community. COAST will capitalize on the existing state-of-the-art technology of maritime simulator training combined with innovative teaching practices. 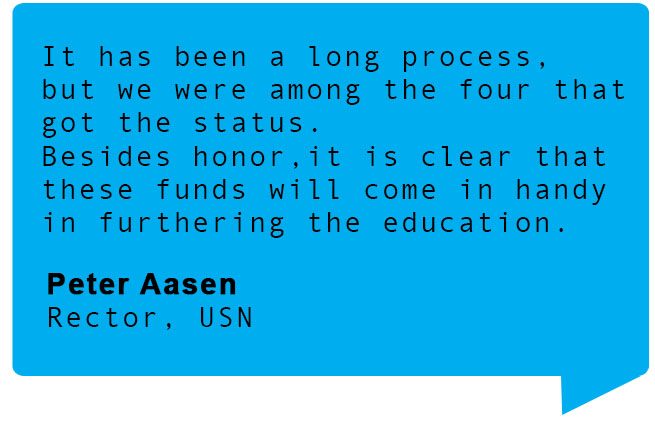 COAST is one of four (04) new Centre for Excellence (SFU) announced by DIKU this year. The Department of Maritime Operations (IMA) at USN achieved this prestigious scheme at her first-ever attempt under the MARKOM 2020 consortium of four institutions USN, NTNU, UiT and HVL. It is a five-year project with total funding of 36 million NOK for the consortium. MARKOM 2020 steering committee, headed by the university rector Petter Aasen shared their excitement for COAST amidst its announcement.  Head of IMA, Anne Kari and deputy head, Monica Husby also expressed their gratitude for achieving the status and look forward to next five years.

The announcement was followed by a tour to the USN’s simulation facilities, greatly appreciated by the visiting guests. 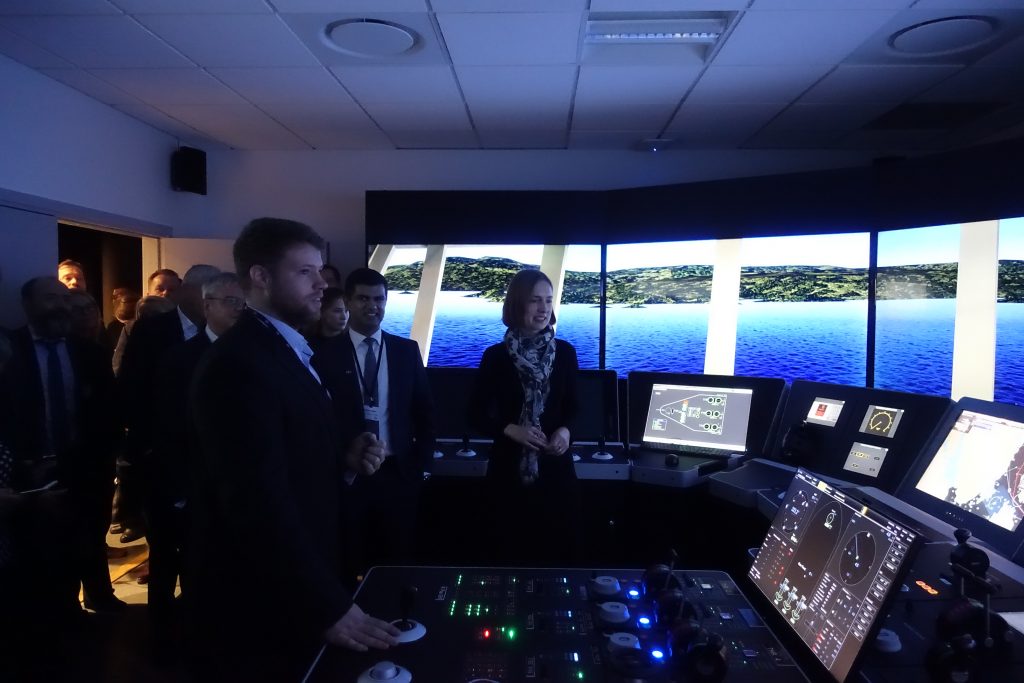 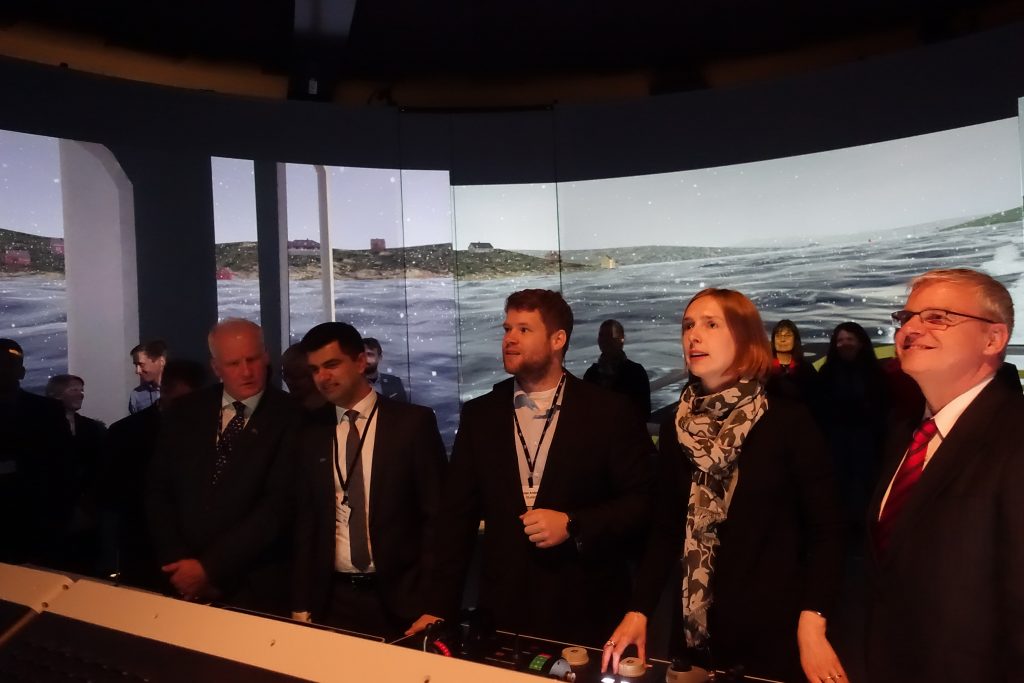 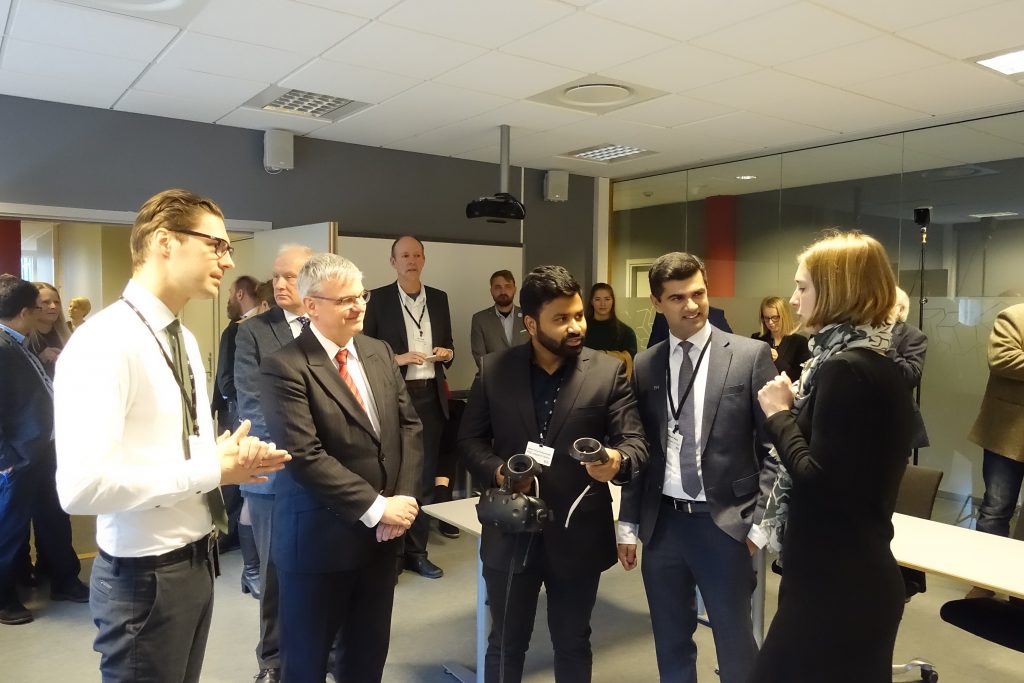 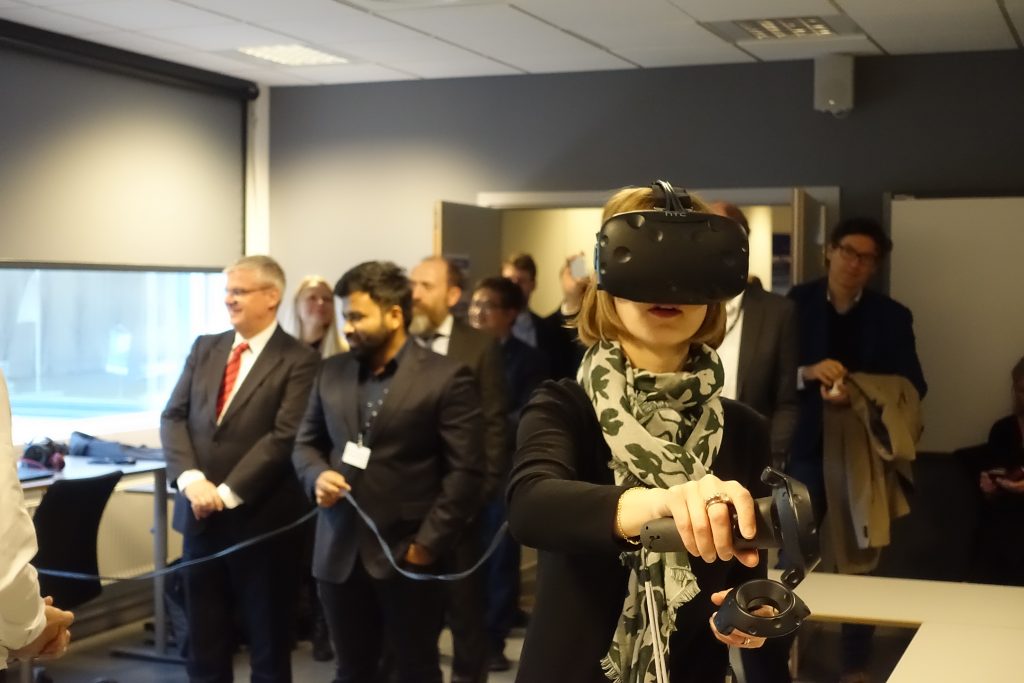 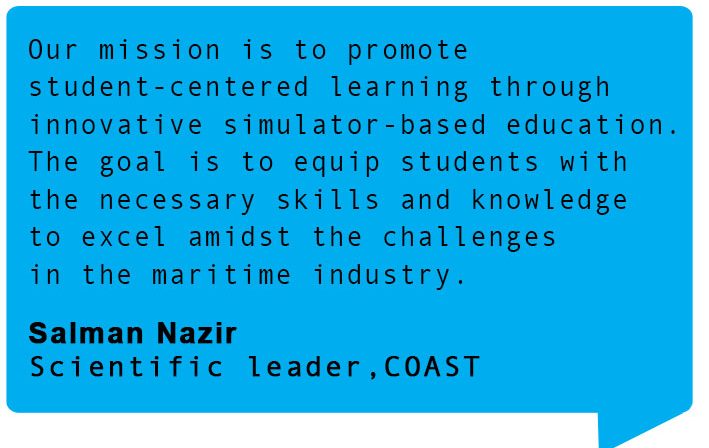 The day’s event concluded with positive remarks from all the attendees who shared their profuse optimism towards the success of the project. Salman Nazir congratulated the USN core team along with all students, work package leaders, consortium members, industrial partners who have been committed giving their best efforts since the beginning. He also thanked project coordinator Inger Johanne Luras, key team-member Astrid Camilla Wiig, key team-member Amit Sharma and Master’s student Hasan Mahbub for their sincere support throughout the application process. 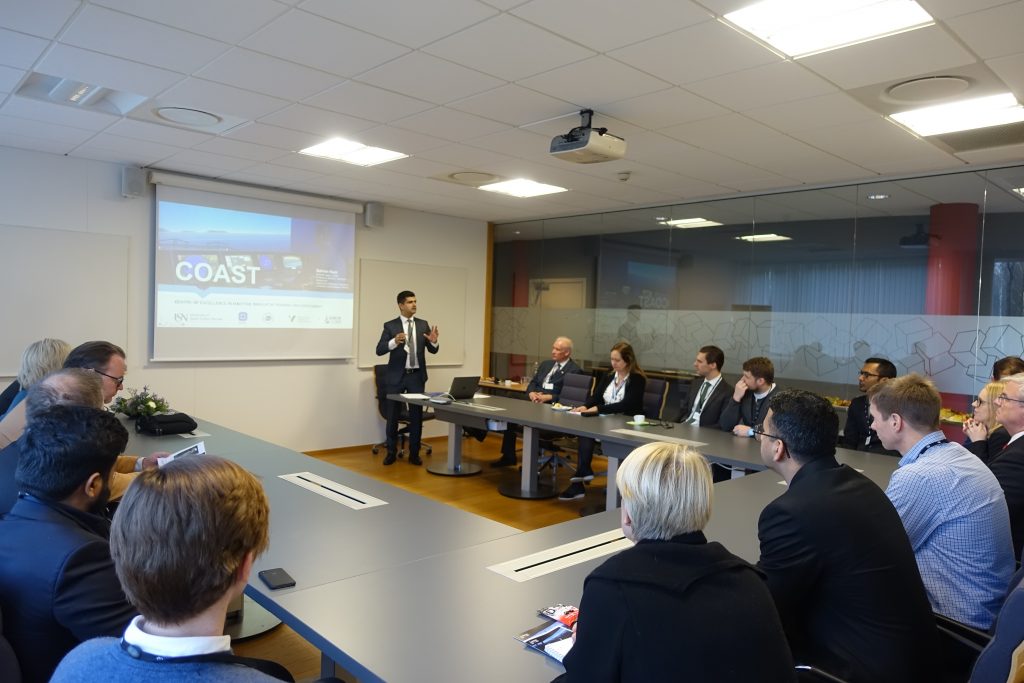 “Centre of Excellence” (SFU) is a prestigious title and a grant awarded by the Norwegian Agency for International Cooperation and Quality Enhancement in Higher Education (DIKU). The SFU is awarded to outstanding educational environments that demonstrate excellence in education and innovative teaching quality.

Centre for Excellence in Maritime Simulator Training and Assessment (COAST) is a consortium of four universities in Norway – USN, NTNU, UiT and HVL. International partners include the University of Central Florida from USA, Liverpool John Moores University from UK, and the University of Gothenberg from Sweden along with industrial partners Kongsberg Digital, Kongsberg Maritime and BW offshore. The consortium started to eye on the Centre for Excellence (SFU) scheme awarded since 2010 first by NOKUT, then managed by DIKU as of now. The SFU pre-project report in 2017 was the first step towards the goal which slowly materialized into the first and final SFU application from the consortium in April 2019.

USN became one of the 8 finalists from 21 applicants and the DIKU evaluator team visited USN on early September. Finally, COAST was announced as an SFU on 12th December with the presence of Minister of Research and Higher Education, Iselin Nybø and DIKU Director Harald Nybølet.